Following the pandemic and resulting stock market fall, the actions of the governments to expand their balance sheets has re-enforced my view on inflation. I was surprised to find that, as an inflation hedge, the energy sector has outperformed both industrial and precious metals. 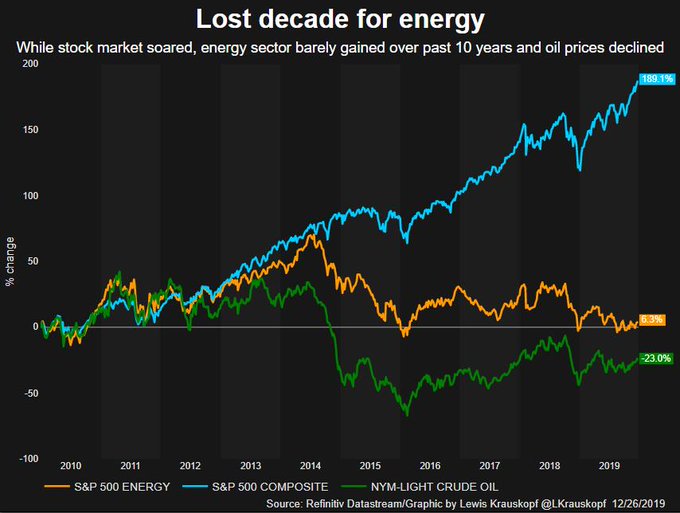 Recent falls will have made the above chart even more extreme. As a result, many companies are going bankrupt and oil majors significantly cutting back spending. This appears to be a perfect setup for future shortages. The following (old) chart shows the potential future demand shortfall, even prior to the recent problems: 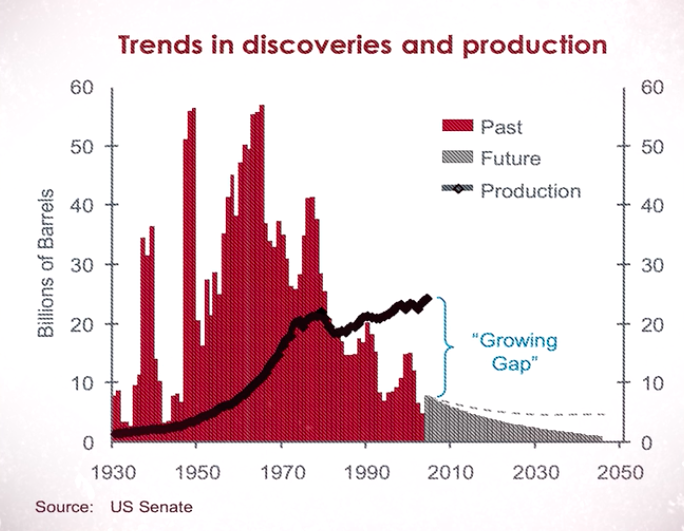 The market narrative is that the Energy companies have no future, with a trend towards renewables / electric cars. This is compounded by ESG investing which has left oil companies trading at multi decade lows. Consider :

The above points suggest that the Oil Age is far from over. Energy demand is projected to double by 2050.

I’m playing this by investing in an oil major with low cost/long reserve life and a royalty company, both of which have fallen significantly. Avoiding oil majors that are downplaying their role as oil gas companies & investing heavily into renewables to please ESG funds. In my view this is a low risk opportunity to 3x while receiving an ongoing dividend.

Energy appears to be an asymmetric way to play my view on higher inflation. After 10 years of underperformance, downside looks limited and there appear to be reasonable catalysis for decent upside in both the short and long term.

This is particularly true of commodities that are consumed and cannot be recycled. Like Oil.